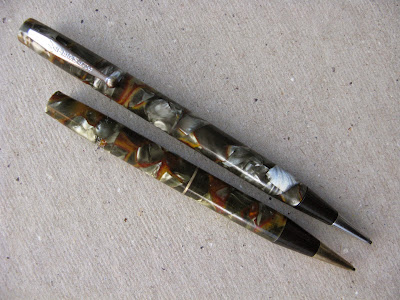 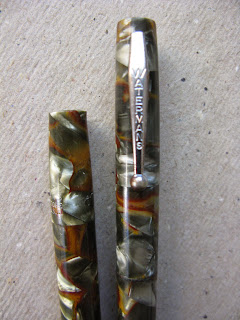 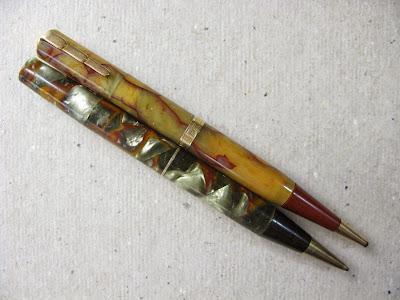 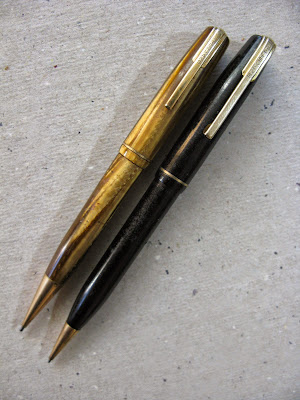 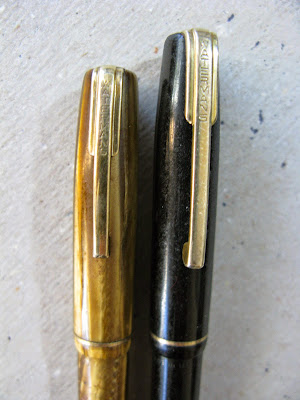 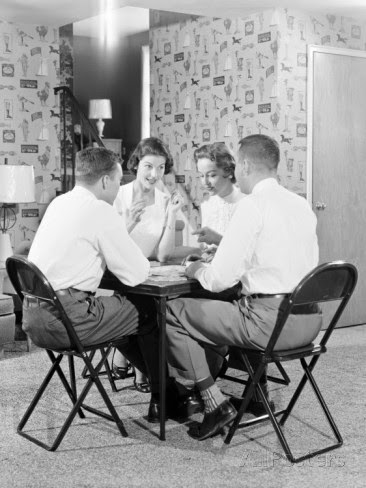 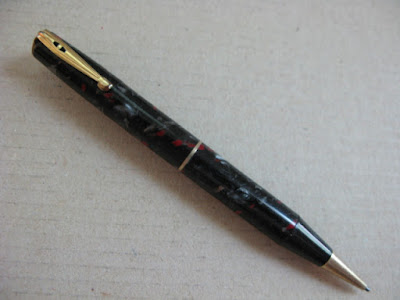 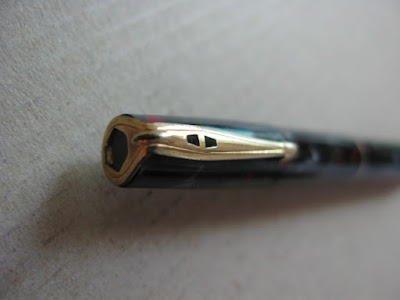 From the hard times of the early 1930s comes this Wahl Eversharp "Dollar" pencil, advertised as a "popular priced" writing instrument in a line which included mechanical pencils for as much as $5.63 in 1930, and as little as 60 cents.  The full-sized 5 & 1/2 inch "Dollar" pencil shown has a black tip, black removable top cap with eraser underneath, and gold-tone point, bands, and ball clip, while the body of the pencil is finely grained jade green "marble." 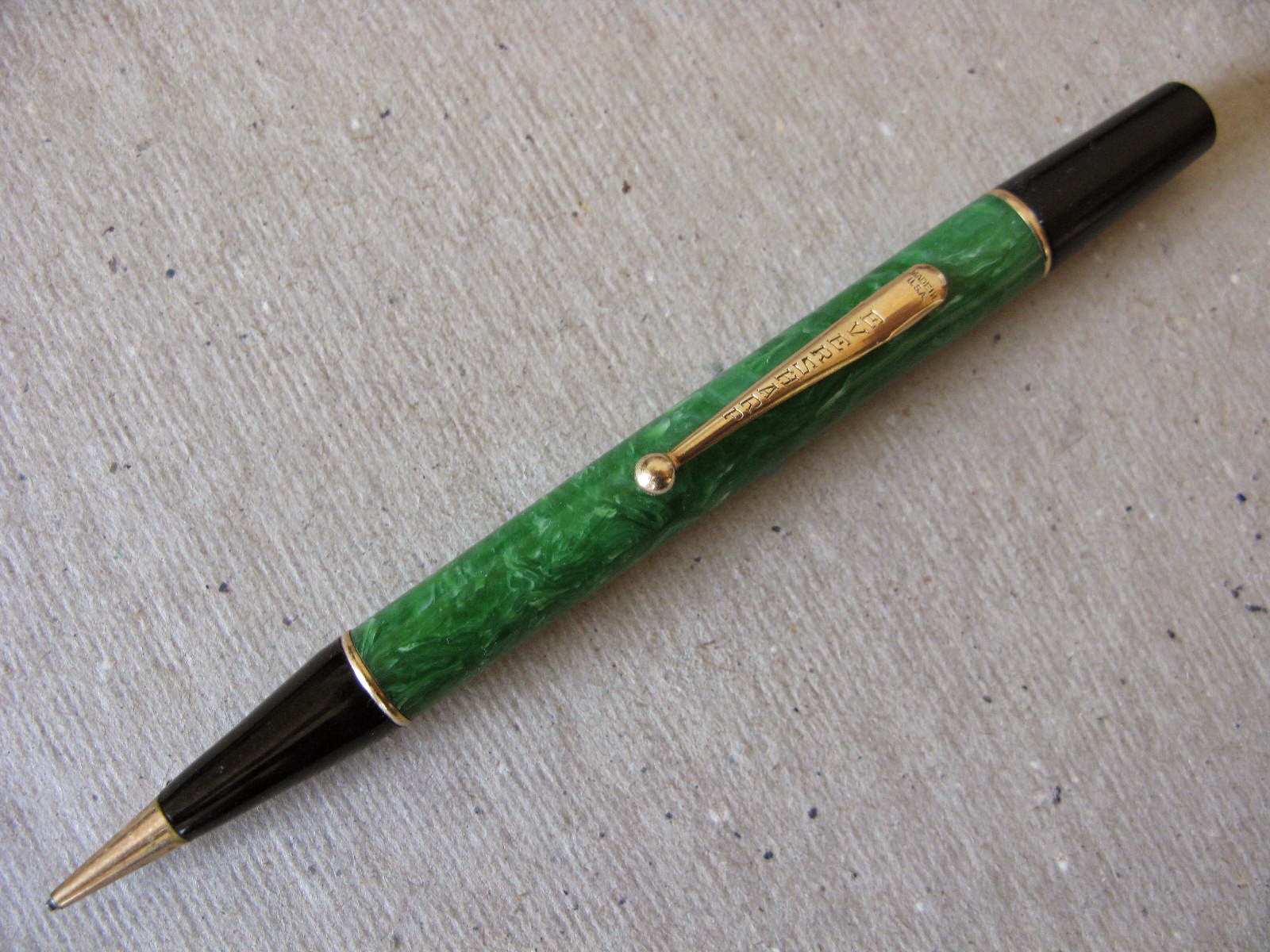 It is a middle-drive twist pencil with 1.1 mm lead. 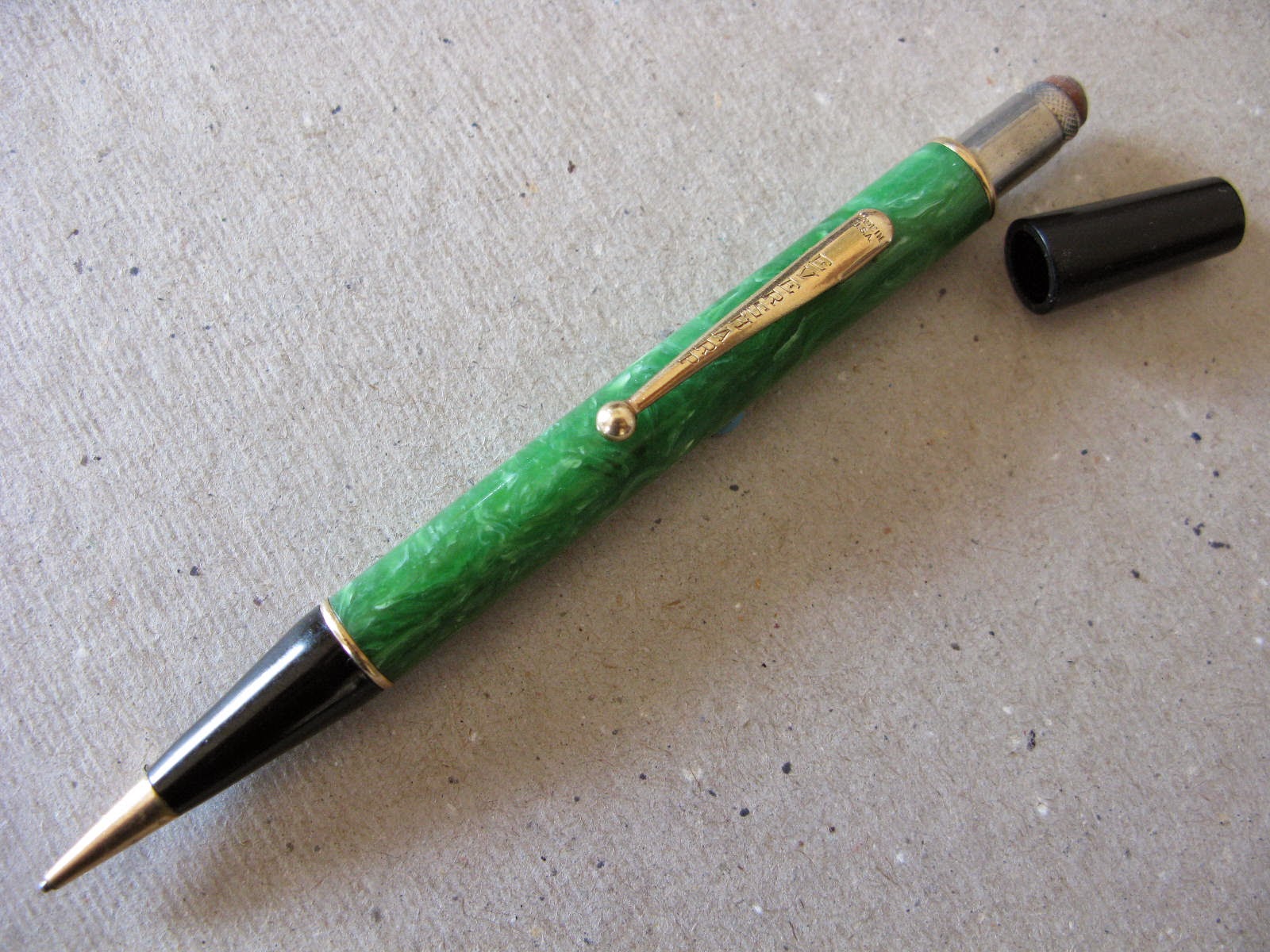 The stock market crash of 1929 and the drought and dust-storms that plagued the mid-section of America made even a dollar too much--much too much!--to pay for a pencil. 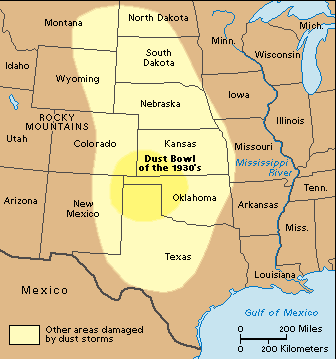 The farmers benefiting from Hoover's 1929 Farm Relief Bill probably used wooden pencils to record and add up their seed and feed bills--they cost a few pennies. 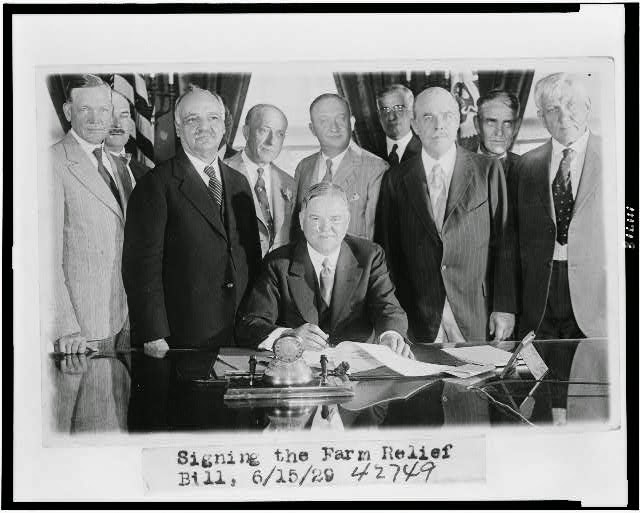 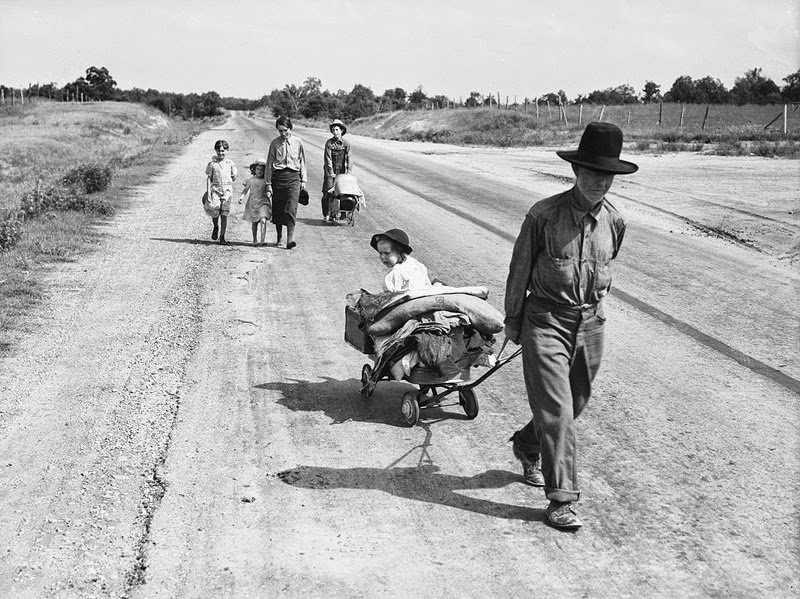 From the dust bowl came bankrupt farmers and businessmen, out-of-work farm laborers, and migrant farm workers, all seeking a living in greener pastures of plenty.  Among these was one man who chronicled the times with songs of the people, whose guitar was, famously, a machine that killed fascists.  He was to be a significant influence on American music.  For important documents he used a fountain pen. 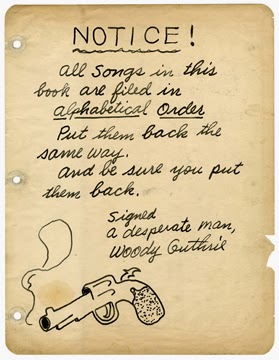 Words by Woody Guthrie to the tune of "Greenback Dollar" 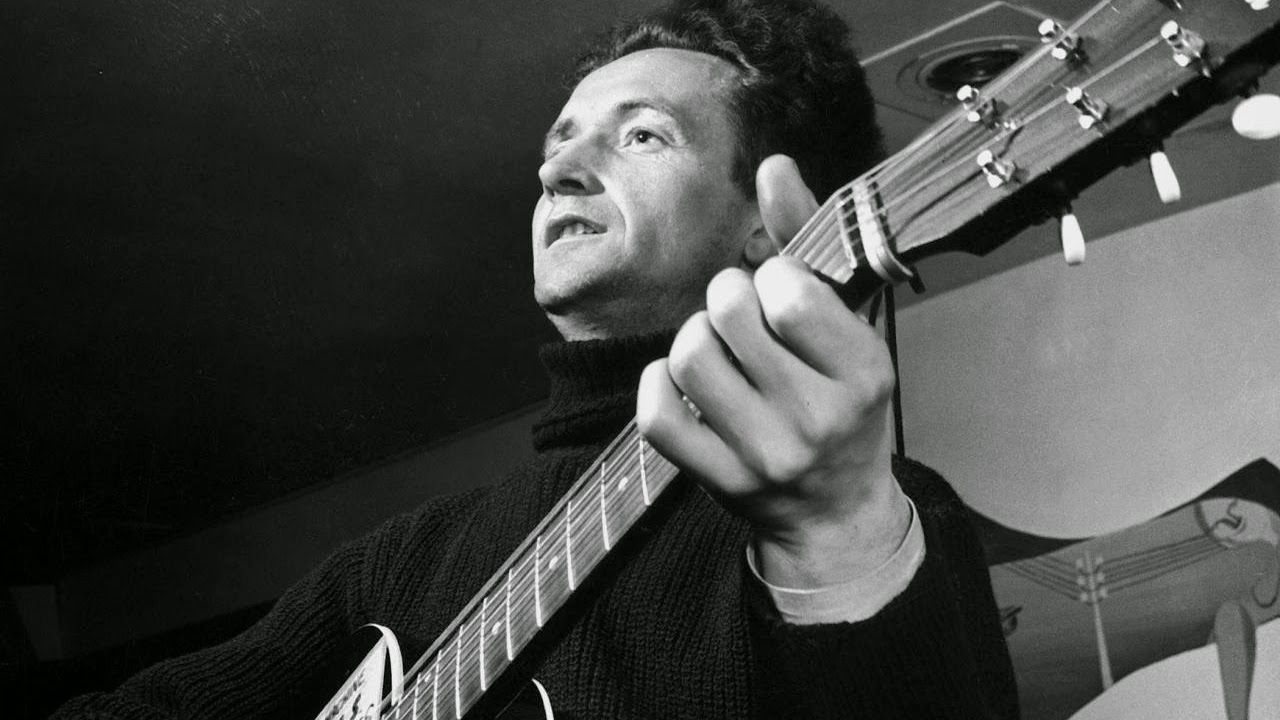 Posted by Martha at 2:38 PM No comments: