Moore for Me, Please!

Recently, I became acquainted with two of The Moore Pen Company's pencils.  They are admirable little ringtops, aged appromimately 92 and 85, and still in perfect shape. 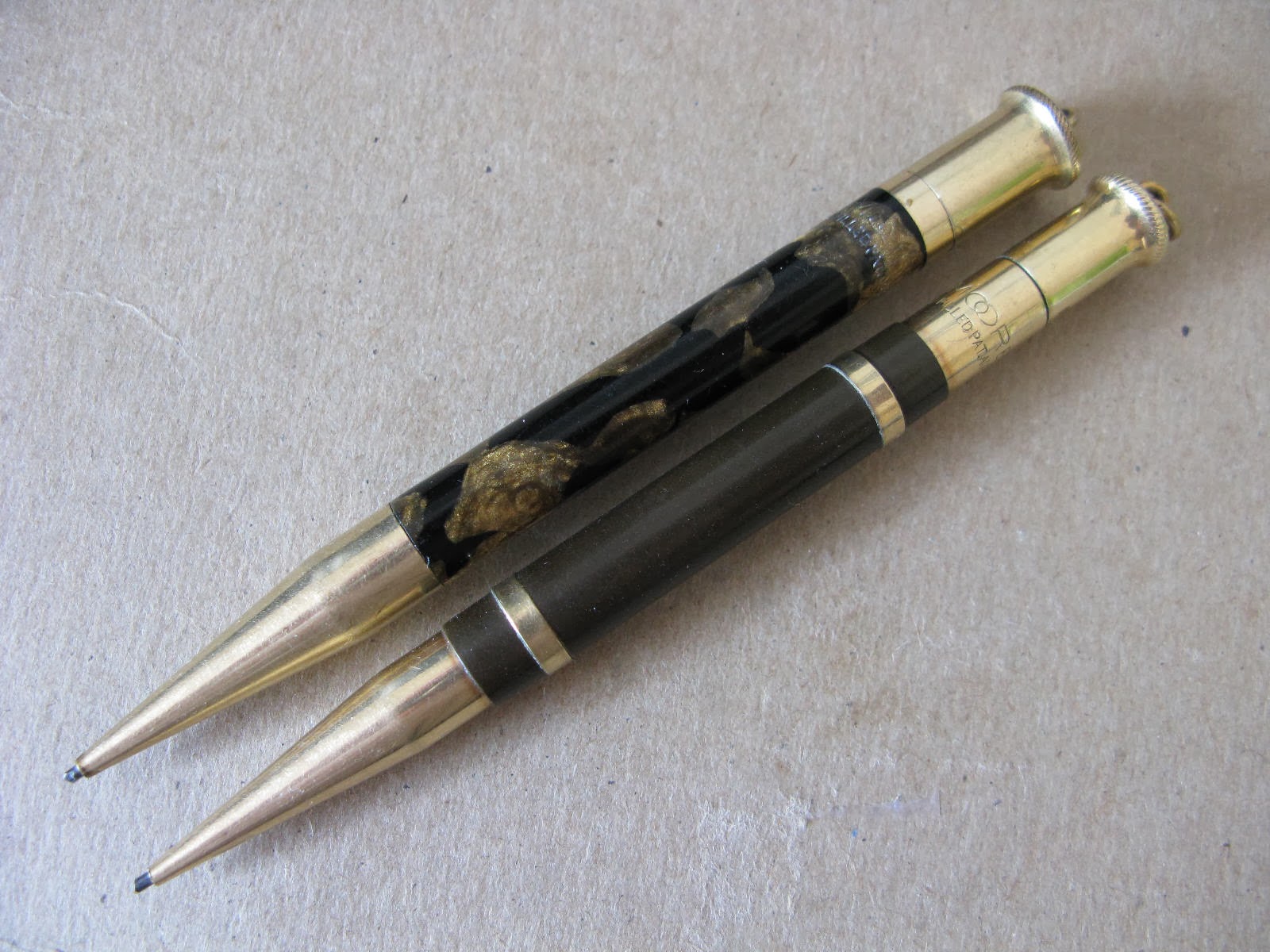 Founded in Boston in 1899 by Morris Moore as The American Fountain Pen Company, Moore's patented retractable nib pen was the company's mainstay product until an employee, John Liddell, designed and patented a rear-drive pencil.  In 1917 the name was changed to The Moore Pen Company, and Liddell received a patent for his pencil on August 15, 1922.  It was the same year that President Warren Harding purchased the first radio for the White House, and later in the year made the first radio broadcast by a U. S. president. 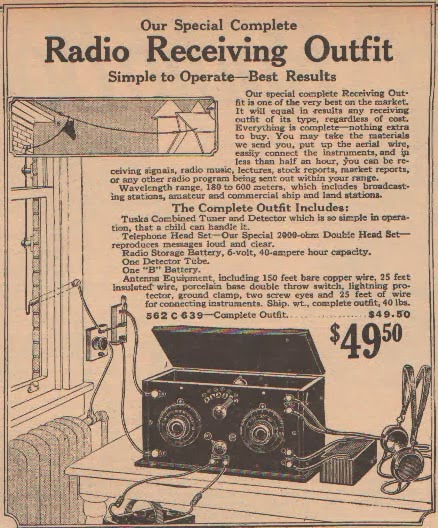 In 1922 construction of Yankee Stadium began, although I doubt they cared too much about that in Boston.  Betty White, Judy Garland, and Ava Gardner were all born that year, and Walt Disney started his first film company, Laugh-O-Grams. 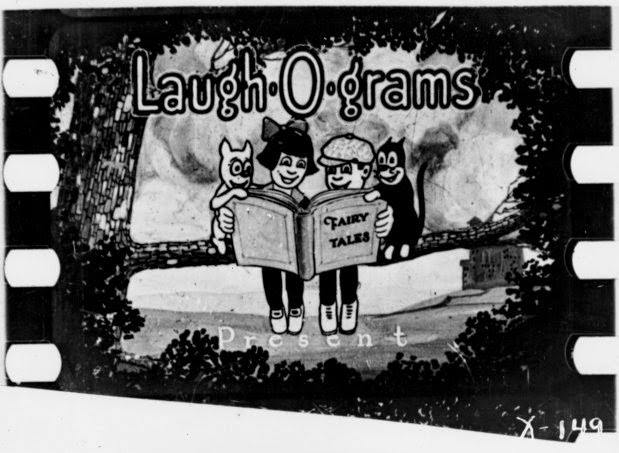 Below is the slim, 4 & 1/4 inch, 1922-patented Moore pencil in a chocolate brown hard rubber case with gold-filled trimmings.  It uses 1.1 mm lead, and along with Moore and the patent imprint, it is also marked L -- possibly for Liddell.  An eraser is under the cap.  It was also made in a larger model with a clip. The double-band design was advertised as the "Colonial" line. (See also a single band, "Luxor" model in this blog: Red Banded Moore Ringtop ) 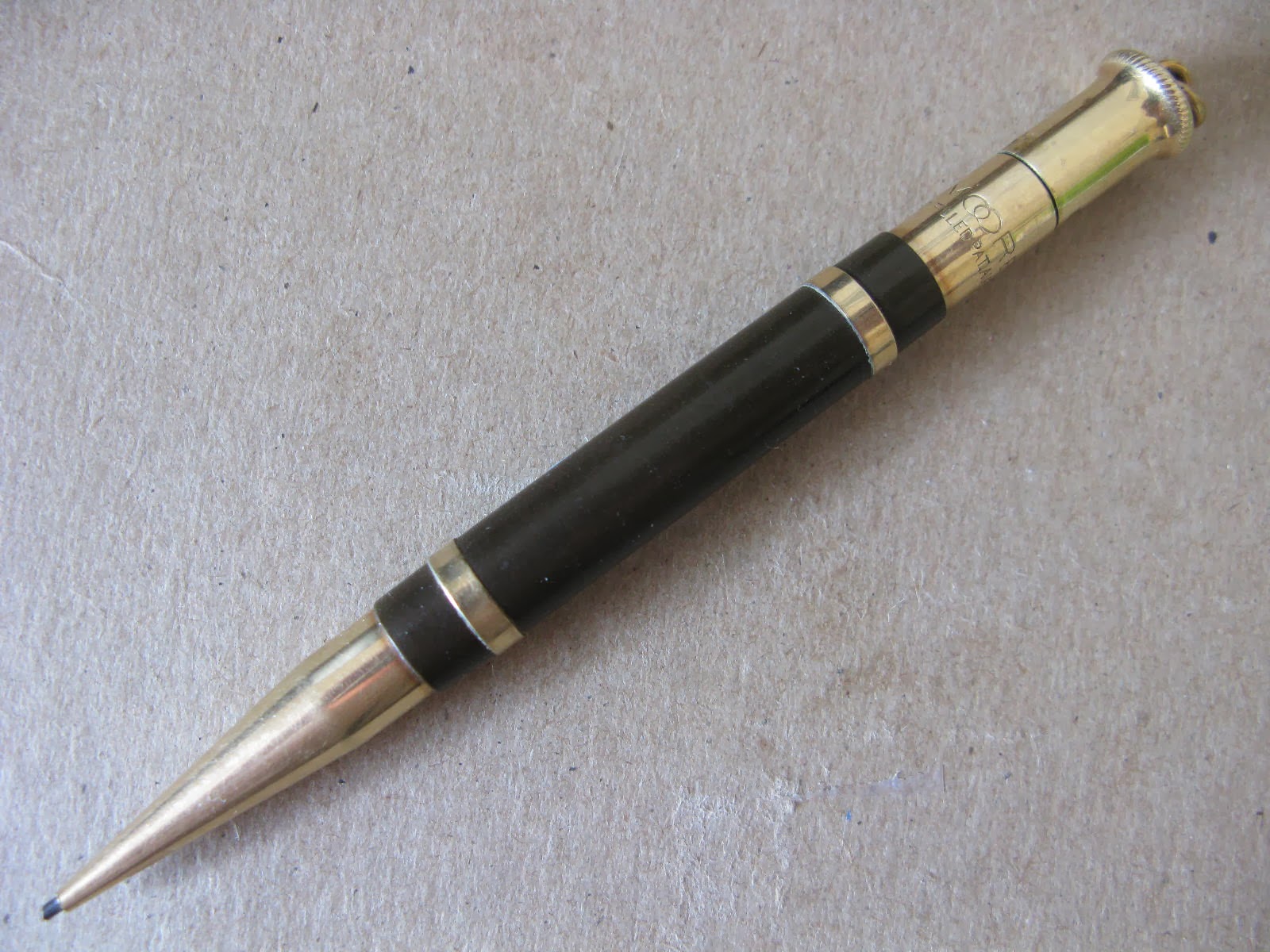 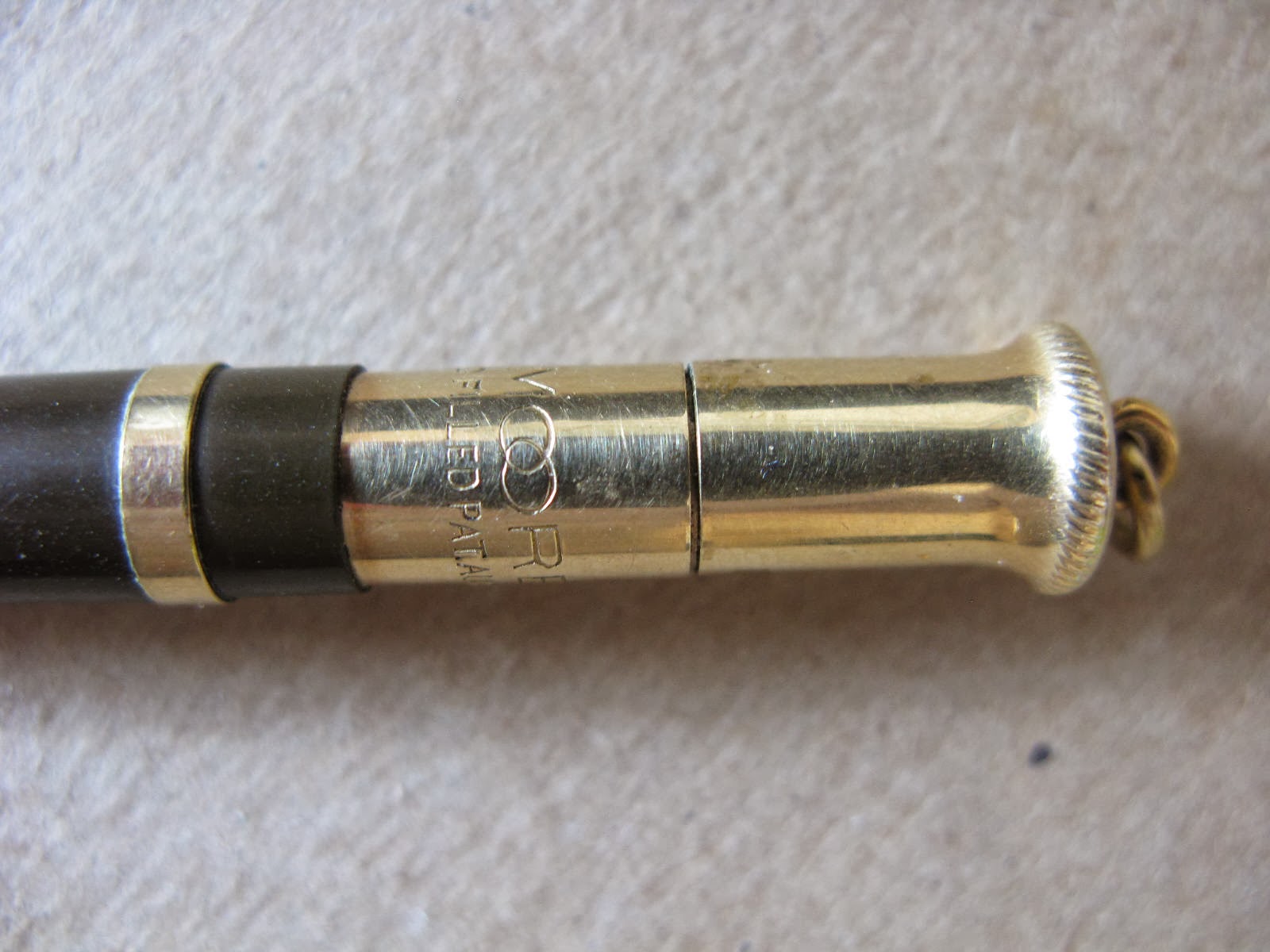 Liddell improved upon his pencil design, making the case flush with the tip and top, and increasing the girth of the pencil.  He was granted a new patent in 1925.  Calvin Coolidge was now President, and broadcast the first inaugural address over the radio. 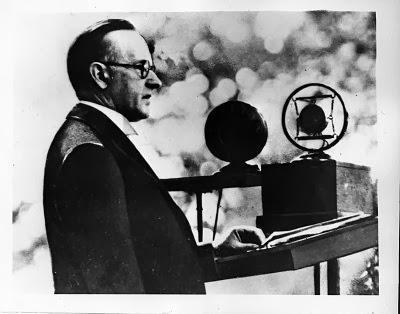 WSM Radio in Nashville began its "Barn Dance" program, which later became "The Grand Ole Opry," and the first Cubs game was broadcast on radio (still without noticeable interest in Boston).  In 1925, W. P. Chrysler founded the Chrysler car company, and the first motoring hotel was opened in California, coining the term "Mo-tel." Marion Harris sang the year's hit song, "Tea for Two."

Liddell's improved 1925 pencil with a new celluloid case in black and gold marble with gold-filled trimmings is shown below, in ringtop form.  Besides the Moore trademark, it also has the October 13, 1925 patent date imprinted on the case, but no L.  It measures 4 & 1/8" and uses 1.1 mm lead.  The cap pulls off to reveal an eraser. 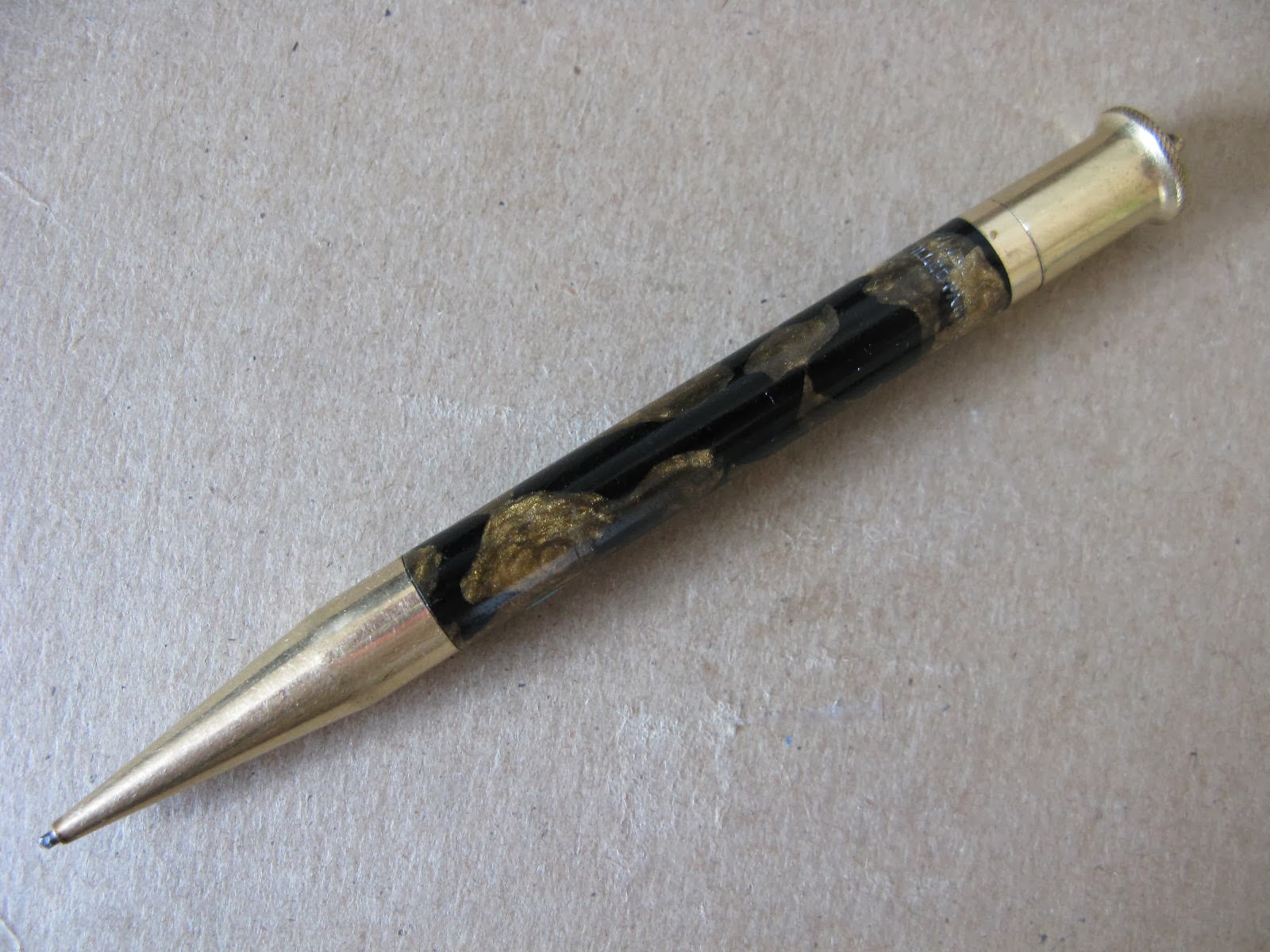 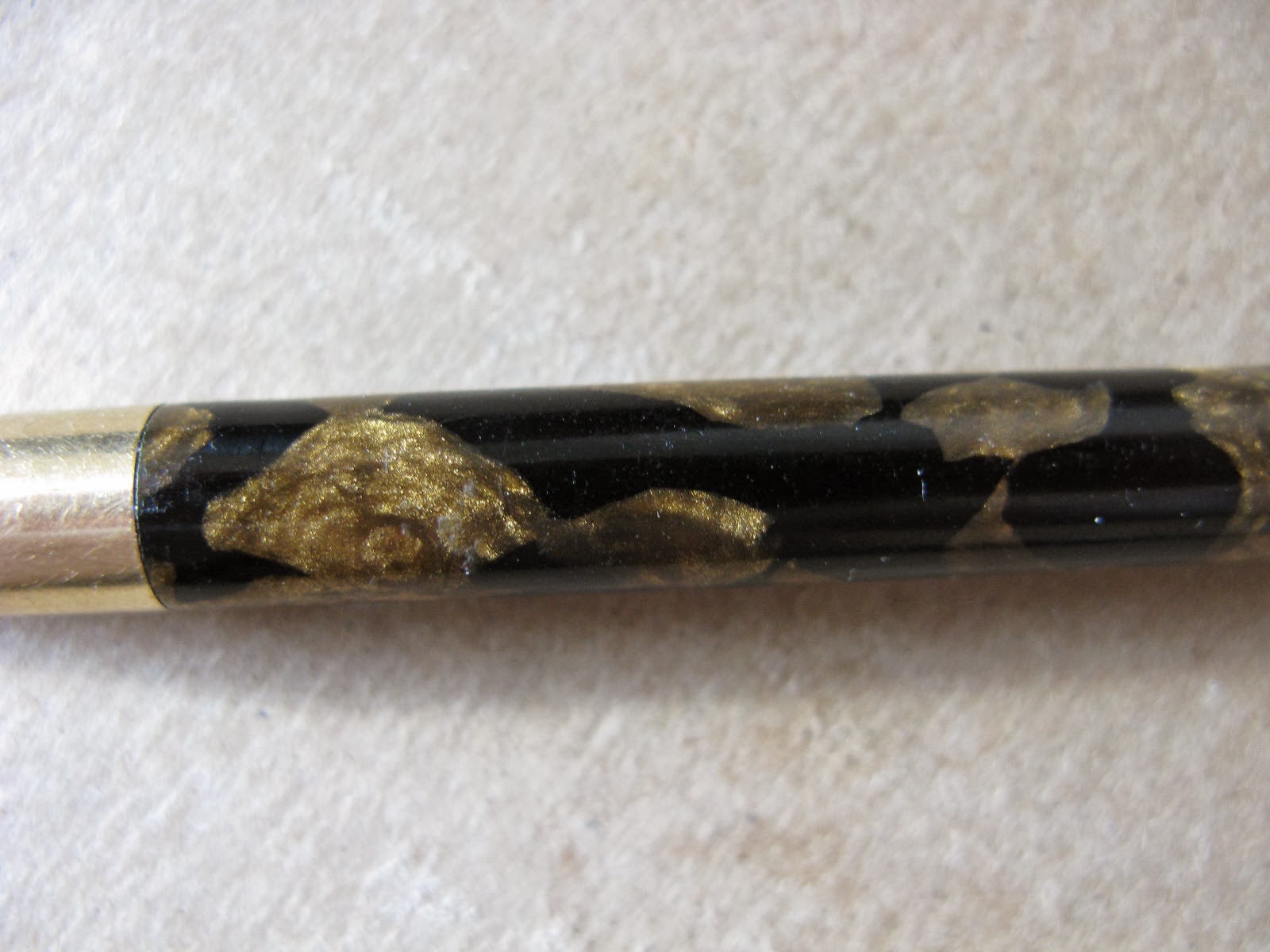 The 1925 Moore pencil was also made with two kinds of clips, in a couple of sizes, and in solid colors as well as marble celluloids. The 1920s Moore pencils have a good, solid mechanism and are made of quality materials.  Like Betty White, many of them are still around, and still working. 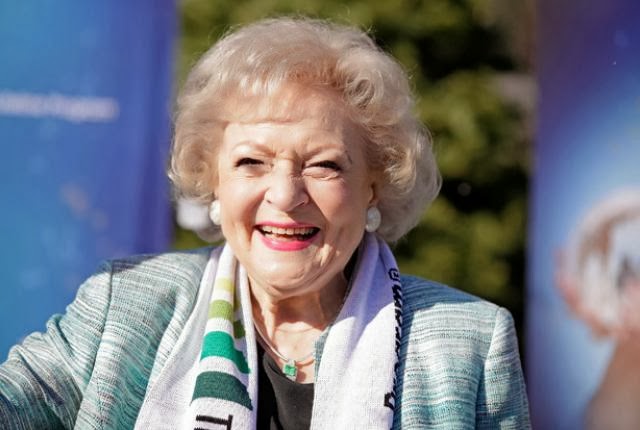 Posted by Martha at 1:46 PM No comments:

A new Waterman arrived to take up a position in the Waterman collection, a Thorobred in a new-to-me color of marble celluloid, grey-green with burnt orange/sienna, black tip and silver-colored trimmings.  In Waterman advertising, the color was referred to as moss green and red agate.  The celluloid was made in a narrow strip which was spiralled around the case.  It is much like the red and green Thorobred in this blog:  Pen versus Pencil  The cap end is perfectly flat.

The Thorobred pencil, made in the 1935-1939 period, corresponded to the #3 lever-filled fountain pen.  It uses the older 1.1 mm lead, the cap twists off to reveal an eraser, and the mechanism works by twisting the black and silver tip.  The ball clip has Waterman's imprinted on it, and there is an imprint on the back of the cap which says, "Waterman's, Reg.US Pat. Off., Made in U.S.A." 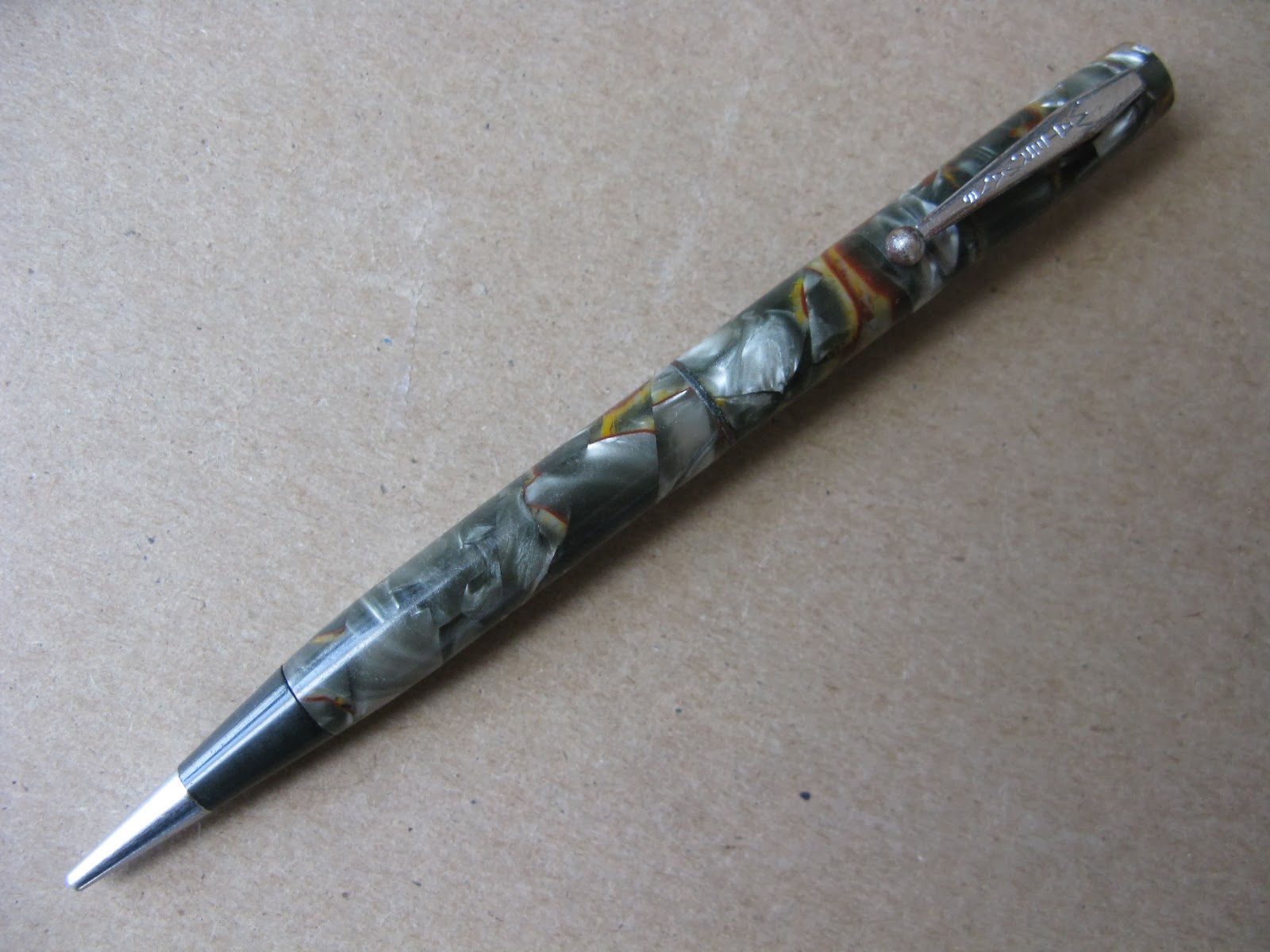 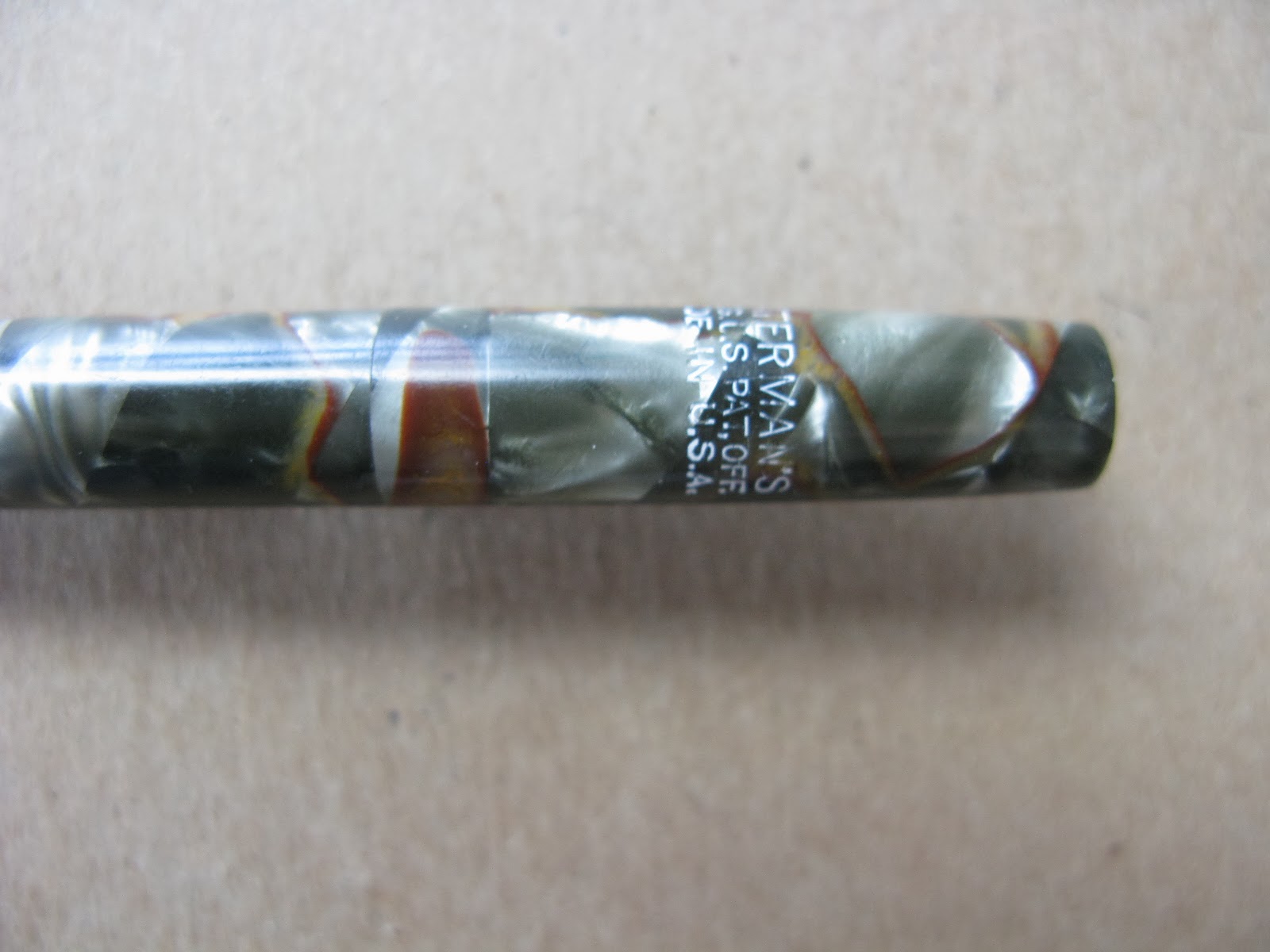 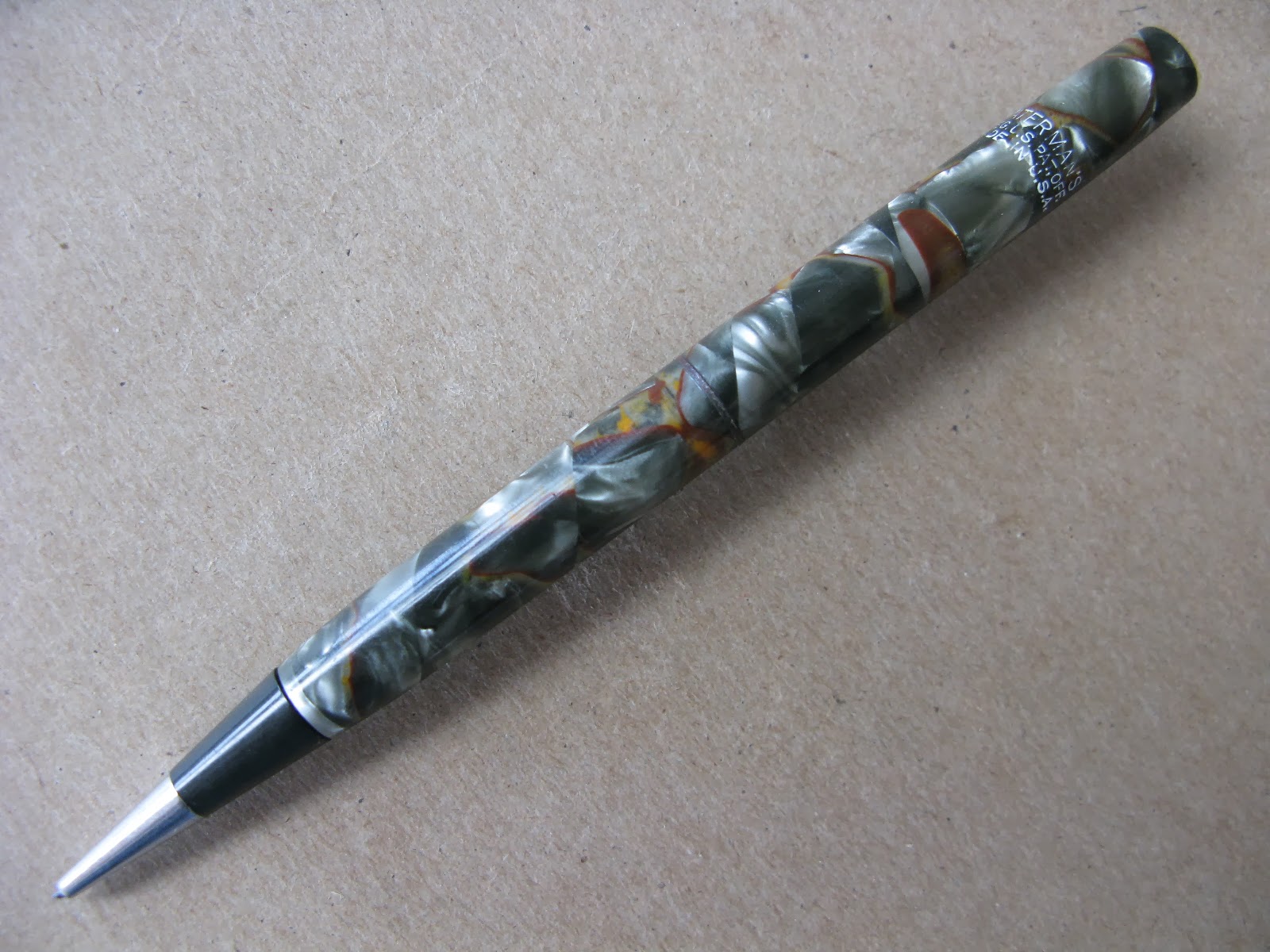 With the Thorobred, like a solemn butler or aide de camp, comes this Waterman pencil, the Commando model of the 1940s.  It has gold-tone "military clip" and trim, and although it looks like a repeater, it is a nose-drive mechanism advancing 1.1 mm lead. 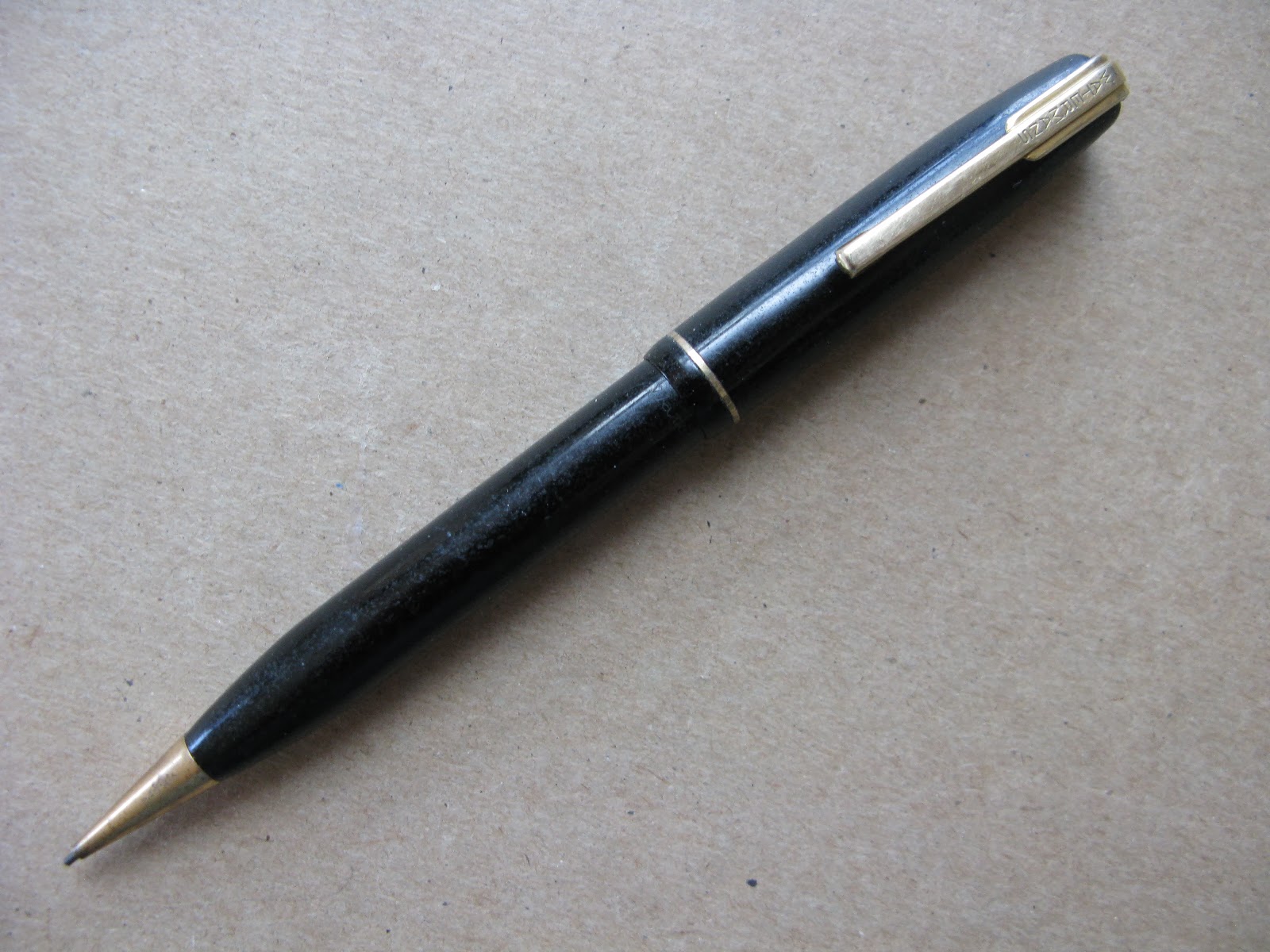 For more Waterman Thorobred pencils, see this blog:
A Couple of Couples

Posted by Martha at 3:18 PM No comments: