The Last Watermans of the English-Speaking World

The American Waterman company ended production in the late 1950s.  More than 20 years later it was revived, but in France, where the company still makes writing instruments.  In England, the company may have continued until the French-based Waterman's took over.  These three examples are the end of the story for both locations. 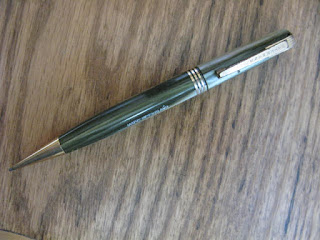 The green striated marble with gold trim is an English-made middle twist pencil with "military" clip and a simple "Made In England" impressed mark;  it lacks the Waterman name on the marble. 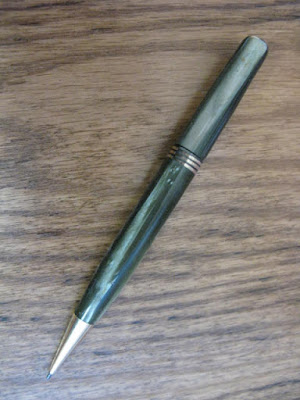 At almost 5 inches, it is larger than the earlier British-made Waterman of  4.25 inches.  Possibly these were meant to be a man's and a lady's pencil.  The more decorative band on the smaller pencil could support that idea, too.  They are the "Commando" model. 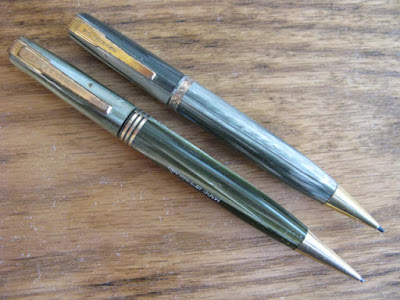 On the other side of the pond, the Taperite model pen and pencil were second-to-last of the American-made products for Waterman's.  This black plastic, gold cap and tip, 5 inch Taperite pencil is slim and uses the 0.9 mm "thin" lead.  It has a lightweight, even flimsy feel, and is a nose-drive mechanism with a line of grip on the tip.  An eraser is under the cap.  There is no other marking than the name on the clip. 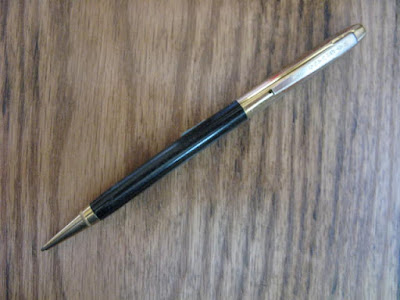 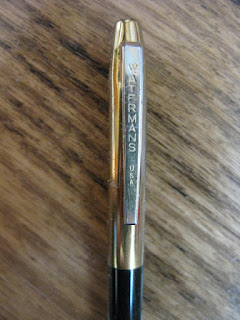 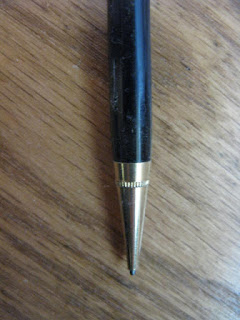 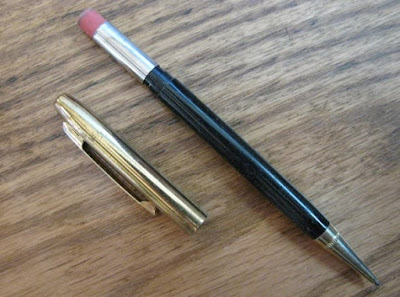 The last Waterman is this pencil made to accompany the "Cartridge Fill" pen of the late 1950s, another ho-hum model name.  You have to wonder if a more exciting name might not have helped the company survive a few more years in the US.  Sheaffer went on longer with their "Skripsert" cartridge-filled pen and matching pencil, but who knows? 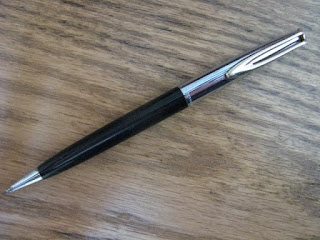 At least this one feels more substantial than the Taperite.  It is 5.25 inches and uses 0.9 lead. The eraser is under the cap.  The modern-looking clip is gold-trimmed while the cap is silver, over a black plastic barrel.  Waterman's and Made in USA is inscribed on the base of the cap. 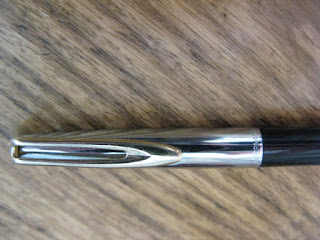 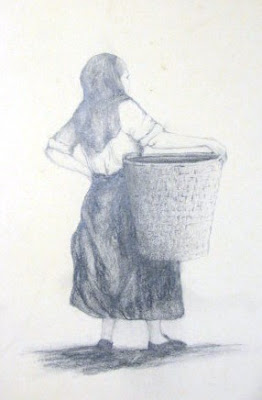 Posted by Martha at 8:34 AM No comments: