Marx Finstone's Eclipse Fountain Pen and Pencil Company was in its teen-age years when this 4" ringtop was made in about 1920.  The inscription says, "ECLIPSE, NEVER DULL, 14K GOLD FILLED."  It's now known that the "Never Dull" Eclipse pencils were made by the Rex company of Rhode Island.  You can read about it in Jon Veeley's blog about these early Eclipse pencils.  The Rex Manufacturing Company of Providence, who held an assortment of mechanical pencil patents in the early 1920s, was the starting point for a surprising number of pencil brands. 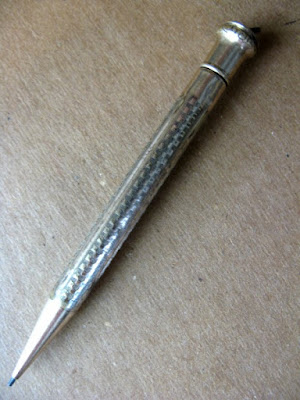 The ringtop uses 1.1 mm lead and uses a rear drive mechanism that is still operating perfectly after nearly 100 years.  The checkerboard pattern is one of several used for Eclipse's Never Dull metal pencils. 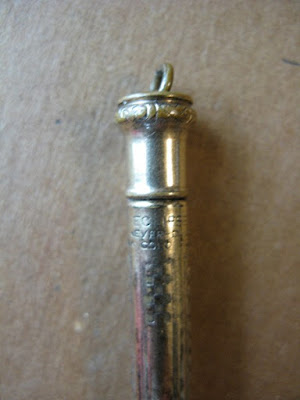 Would that we could all boast of being "never dull" for a century! 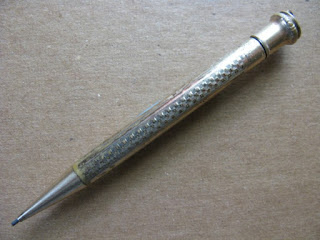