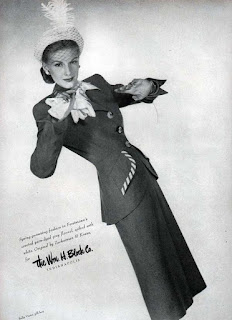 What was that old saying?  "You can never be too rich or too thin."  It seems to have been around since the 1960s.  These Thin Model Sheaffer pencils are even earlier.  They have the lifetime (for original owner, of course) guarantee shown by the "white dot" and were made to accompany the pens of the time.  These belonged to my mother and father. 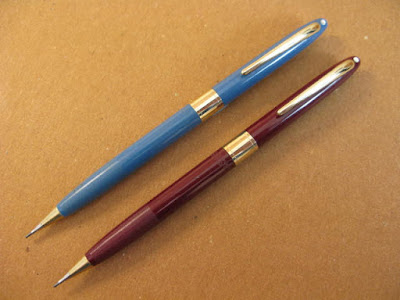 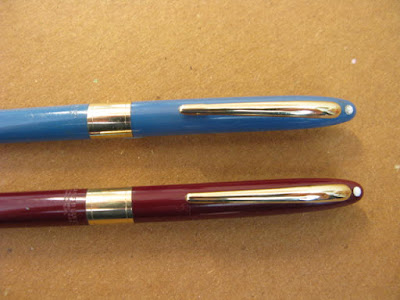 This wide band with incised lines belonged to the Statesman model, as far as I can tell.  Some of the other models at the time were Valiant, Triumph, Admiral, Ambassador, and Craftsman. 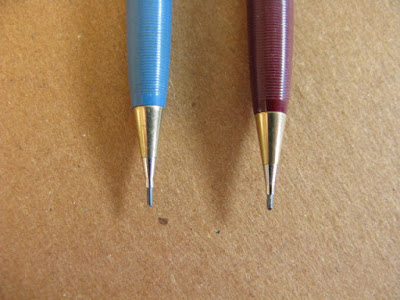 Like many post-war Sheaffers, they were made of injection-molded plastic, and had the dual layer tip.
They are 5 inches long and only 1/4 inch wide.  An ad from the time shows how the tip was the latest selling feature of the late 40s and 1950s.  Thin lead was also used, 0.9 mm, which, amazingly, is the thick lead of today! 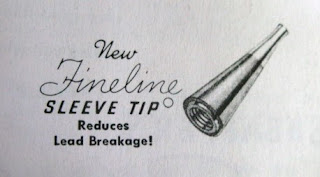 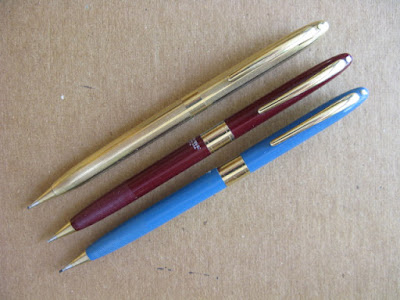 The family desk drawer also had an all-metal version with smaller band--for use on Sundays?

When you think about what modern pencils look like, celluloid "marble" was a wonderful material.

This 4" Moore from the 1930s isn't that great engineering-wise, or particularly outstanding design-wise, but that marble! 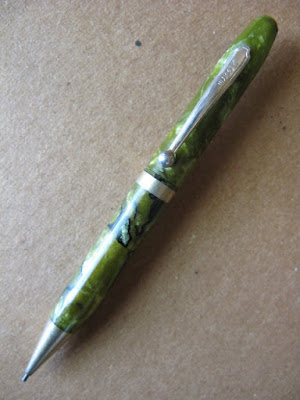 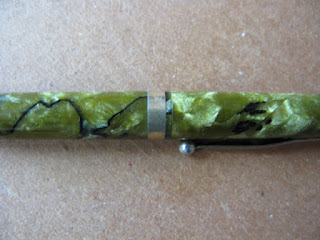 It's a nose drive pencil with the larger 1.1 mm lead, and an eraser under the cap.  The pressed-on clip is pretty standard for the time, but not as handsome as Moore's Mastercraft clips. 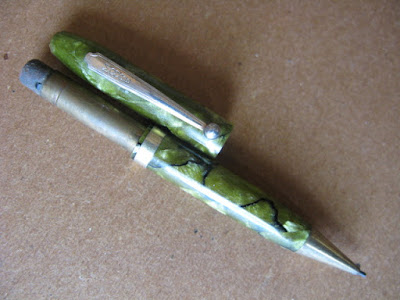 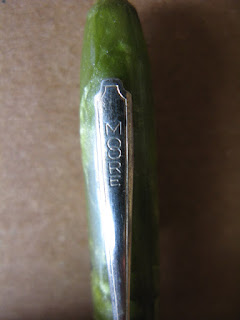 But they didn't stint on the marble!
Here is the green pencil with its older relative, the 1925 patent Moore. 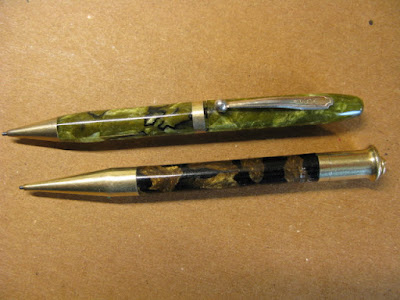 Twenty years after the founding of the Eclipse Fountain Pen and Pencil Company, this chunky 5" pencil was introduced with the brand new 1923 patented clip, and gold-filled trimmings.  It has a check pattern; a space for personalization has been left pattern-free on the barrel.  You can date the pencil by the script "Eclipse" on the clip, they were the earliest of the new clips after the patent was issued on September 18, 1923.  After a while they changed the clip inscription to a couple of different styles of capital letters. 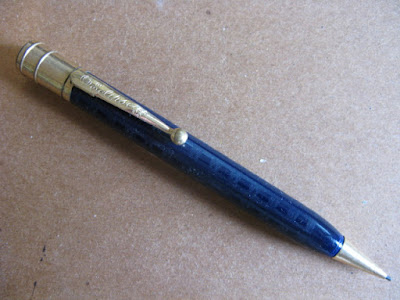 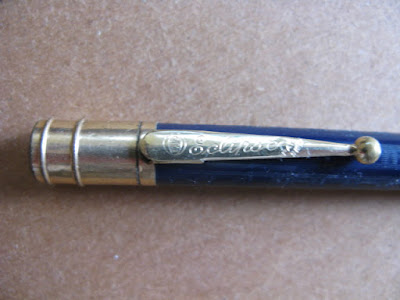 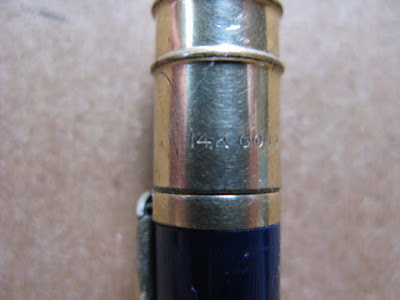 The gold-filled cap pulls off--there might have been an eraser, but not now.  The pencil uses the standard 1.1 mm lead and is a nose drive mechanism.  The blue body is celluloid.  It's a fun pencil to use--it feels substantial and is still in perfect working condition.

Besides the American Eclipse company, there was also a thriving Canadian branch.  If you would like to know more about it, a website has been created by the Tully family to explain their involvement and the history of Eclipse in Canada.  Eclipse Fountain Pen and Pencil Company--History

These are my other Eclipse examples from previous blogs--links below the photos. 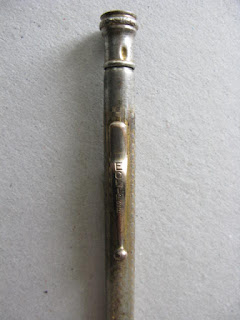 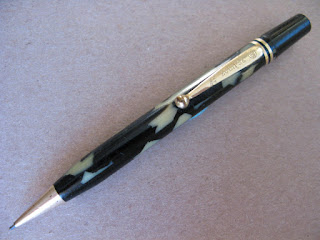 Pleased To Meet You

Posted by Martha at 3:36 PM No comments: