Back to the Wahl

Going back in time, the Wahl "Ever Sharp" pencil, invented in 1913 and patented by Charles Keeran in 1915, could be seen as the starting point of 20th century mechanical pencils.  The Wahl Eversharp company in Chicago made millions of metal pencils in that style, including this little silver plated ring-top.  How elegant they were, with a top like the capital of a column, and a slim tapered point.  This pencil could be as old as 1918, and has a soft patina.  A little piece of pencil history. 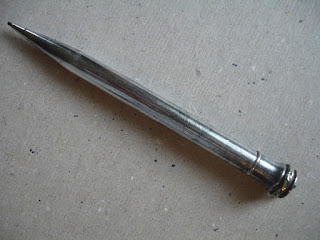 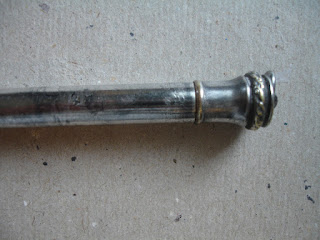 I wondered what exactly one was meant to do with the ring on the top, and I found an answer in this ad for a ring-top fountain pen:  You may wear your ring-topped pencil on a chain or ribbon. Like a watch chain or a pince nez ribbon, which was secured to one's clothing.  Or it could be worn on a chain or ribbon around one's neck, too. (But put a fountain pen full of ink around one's neck?  No, thank you!) 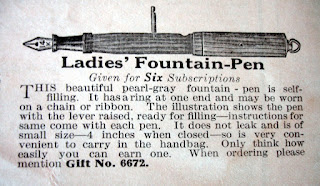 In this 1923 Wahl advertisement showing the clip version of the Eversharp Pencil (as well as Wahl's pen), it says that you could choose a gold or silver pencil (from one of thirty thousand dealers!) to match your watch, and other accessories. 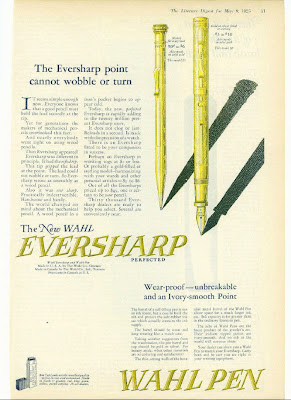 In the lower left corner of the ad you can see the Wahl Company's lead holder, which was made of brass and painted red.  Some of the boxes had only the cap painted red.  They were called "Red Top Eversharp Leads," and were also made in Chicago.  The ad states that there were seven different varieties of black, as well as red, green, blue, and yellow.  Also, you could purchase "copying purple."  Copying lead allowed you to make a carbon (well, graphite) copy of your writing.  This is the only metal box I have ever seen that has dovetail joints--one on each side of the box, and one on each side of the cap.  I was happy to open the box and find red lead. 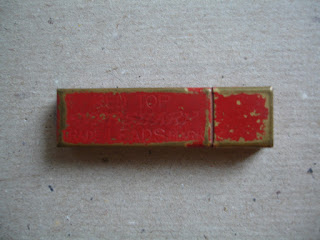 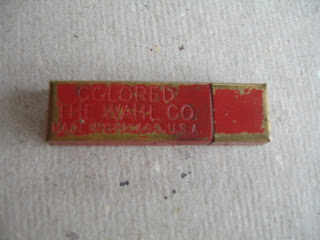 I do have a silver watch from the same era to match this silver pencil; it belonged to my great aunt, but it doesn't work anymore.  The Wahl Eversharp pencil still does.