My dad worked his way through college in the 1940s, first attending Grand View College, or "The Danish School," as it was called, on Des Moines' East Side. 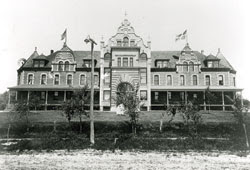 Then he moved on to Drake Unversity, earning his bachelor's degree. 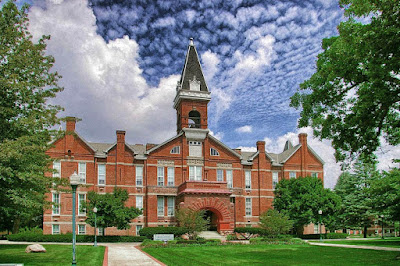 As the first of a family of fifteen to attend college, he took his opportunity seriously, and worked hard to learn and make the most of his classes.  He worked nights at the Anderson Erickson Dairy to pay for his tuition and lodgings.

Naturally, he was frugal, so his college note-taking writing instrument of choice was a Sheaffer "Pearlie" pencil.  He bought it for that purpose at the stationery store, so it is without advertising, and he used it from the mid-1940s until 2016, when it came to me--about 70 years.  For a utilitarian pencil, that's a pretty amazing service record.  There was no lifetime warranty on Pearlies, but apparently they lasted as long as if there had been.  I have certainly seen this pencil on Dad's desk all my life.  That kind of continuity must be rare now-a-days. 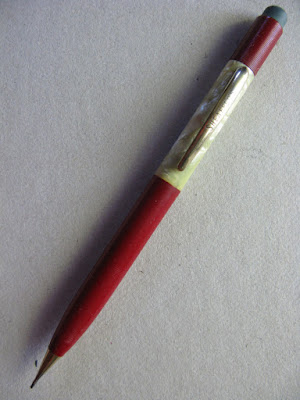 The Sheaffer Pearlie is 5 & 1/4 inches, with 0.9 mm lead, and an exposed eraser.  The clip is attached to the pearl center section, and it is middle-twist operated.  Here is the simple clip of this era's Pearlie: 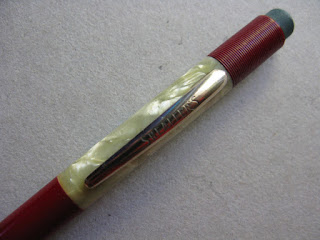 Sheaffer lead in its metal tin. 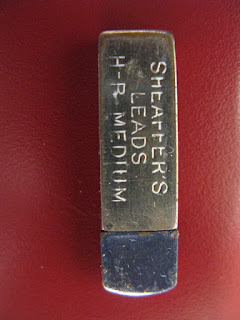 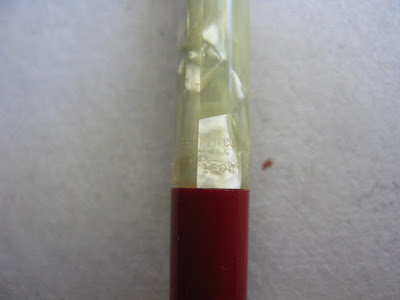 I imagine Dad's fountain pen was a Sheaffer, too.  I vaguely remember it, but it has been lost in the shuffle.  You can see my 1950s pink Pearlie here:  Southern Iowa Sheaffers